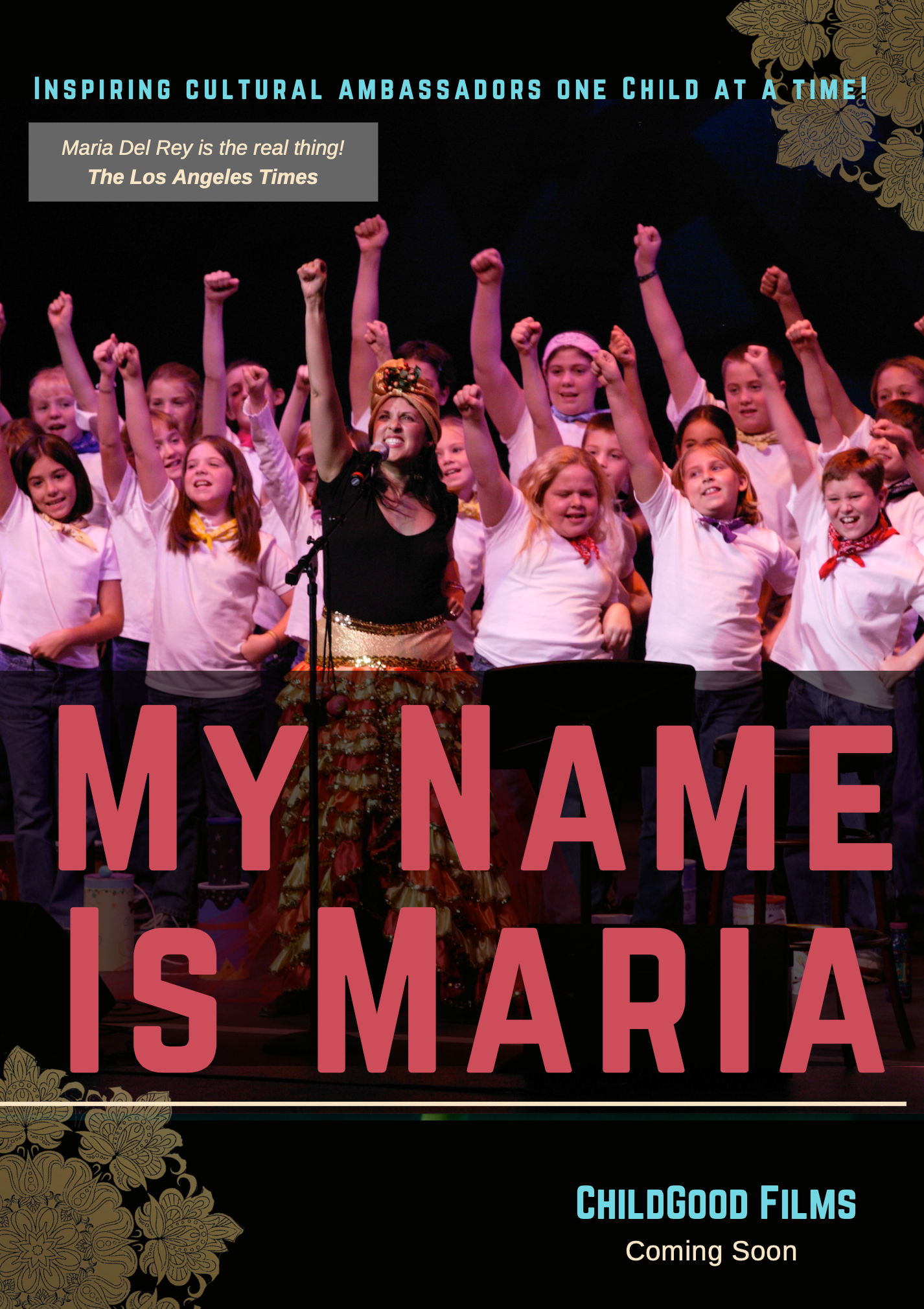 My Name Is Maria / Documentary Family Film for TV

My Name Is Maria is a family documentary film that celebrates the diversity of LatinX American children who often feel invisible or undervalued in American culture.

Maria Elizabeth Del Rey, a Cuban refugee, raised in America, experienced the invisible dividing line of 'A track' and the 'L track' (the LatinX) track of low expectations from the society towards Hispanic girls. This film features the importance of courageous mentorship at any age and the duty of all LatinX children and families to be proud of who they are and symbolically take up 'space' in the full sunshine of their lives.

The film highlights the creation of The Bridge El Puente Concert tour from its humble beginnings in Ojai, CA, where Maria taught cultural appreciation to LatinX children but alongside predominantly privileged white students.

The program engaged the children from all socio-economic backgrounds to see, feel, sing, and experience the diverse and beautiful Latin American culture with genuine enthusiasm and joy. The use of bilingual music, art, and stories brought LatinX culture to life. For many students, this was their first view of the Hispanic culture portrayed with elegance, respect, and inclusivity.

The program culminates in a community concert. On concert day, the auditorium is filled with electricity as the LatinX, and privileged children sing to the community at large with a unified joy and meaning rarely found.

At times the children are worried during the first song, are they making fun of Hispanics? Soon the power of music and Maria Elizabeth Del Rey's serving as an ambassador of goodwill bring the concert hall alive. Soon a bridge of understanding floods the room when the Hispanic audience realized that their culture is seen positively for the first time with respect and honor. This moment catalyzed The Bridge-El Puente. Maria became determined to give acknowledgment and positive identity to Hispanic children in both their own eyes and the eyes of their peers.

The show exploded with color and personality through the songs, stories, and dances from Latin America's varied regions. Vibrant Caribbean, South American, Central American, and indigenous native folklore showed the stunning cultural wealth of Latin America. The Bridge-El Puente reached over 67,500 children in person across America. The show's structure allowed children from all walks of life to experience a modern and empowered LatinX view.

The film's highlight is the breakthrough tour through the state of Nebraska in the heartland of America. MDR visited fifteen schools, various community centers, migrant worker children families. Over one hundred Hispanic students traveled from across the state to perform on stage with Maria to celebrate the climax and finale of this musical journey through Latin America.

Four thousand people attended these sold-out shows and celebrated Maria's mission to lift Hispanic children within their own, and the eyes of their peers. My Name is Maria shows how powerful and tangible the acknowledgment of positive cultural identity can be to children and the empowerment that can happen when invisible children feel visible.